The HeadRush Pedalboard, Gigboard, and MX5 are packed with a diverse collection of guitar effects pedal emulations ready to be called into action at any time. To help you determine which pedal will work the best for you, this article contains descriptions and functions for each pedal.

Find each Wah effect under the Expression category when adding a new pedal to your rig.

Black Wah is a standard wah pedal effect, offering a sweepable resonant filter that lets you add animation and special timbral effects to the guitar signal.  Like the Volume Pedal, wah effects (such as Black Wah) are particularly useful when controlled with an expression pedal or MIDI foot controller.

Shine Wah works and sounds similar to Black Wah, but with a vintage-style filter circuit and sweep response.

The pedal that inspired Tri-Knob Fuzz was a transistor-based unit, originally popular with lead guitarists searching for ever-higher gain in the 70s. It shone again in the 90s grunge rock scene, probably pushed further into woolly grind than its makers would have ever anticipated. 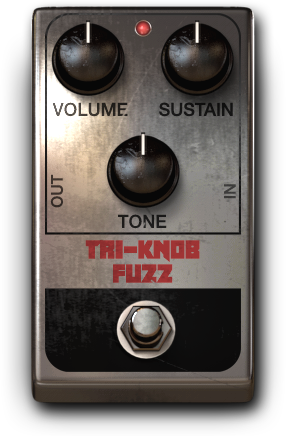 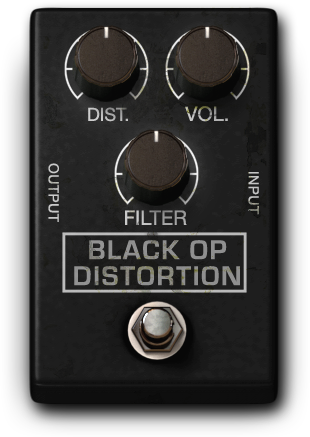 Green JRC Overdrive was inspired by a low-gain 70s overdrive pedal, loved by blues and blues-rock players the world over for its sweet, singing sting. It can be used to simply drive an amp’s input section into gentle clipping, or supply some dirty glow of its own. 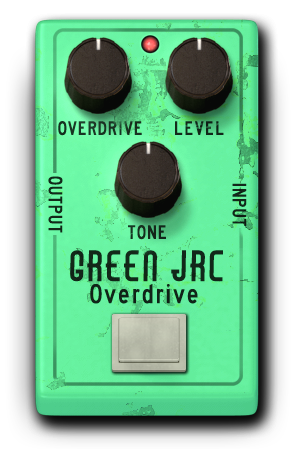 This distortion effect, a custom model built just for Eleven Rack, offers a range of overdriven tones, aided by its built-in Bass and Treble EQ, which help shape the response of the clipping circuit. 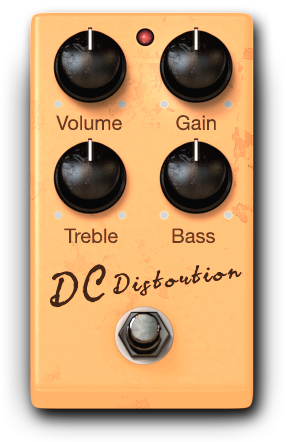 This booster effect, based on a well-loved clean booster pedal with 20 dB of gain boost and a built-in EQ, is used for driving the preamp section of any amp model into a gentle (or not so gentle) overdrive. The EQ controls boost and cut frequencies as normal, but in this usage, they help shape the overdrive response as well. 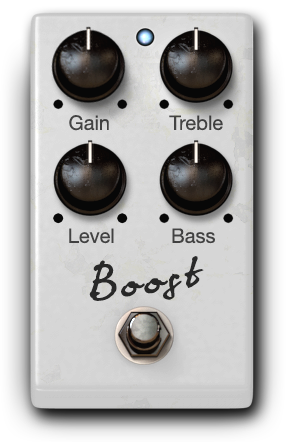 Our 8-Bit Crush model gives you a wide variety of grimy crushing sounds. You can even individually mute or invert any of the 8-bits. 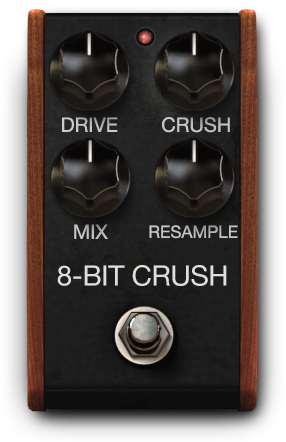 Available with update v2.4 or later, the B Dist 7000 is a bass pre-amp and distortion model giving you EQ adjustment with selectable hi-mid and lo-mid frequencies, as well as variable distortion/drive and attack adjustments. 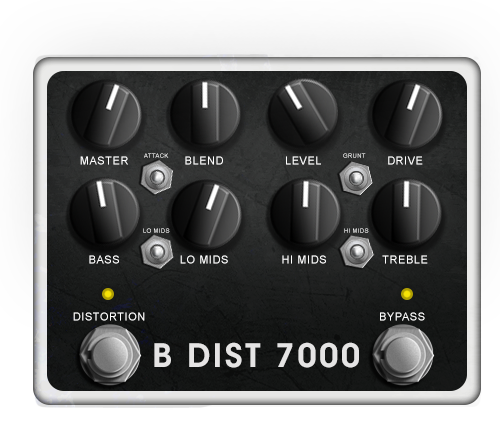 Available with update v2.4 or later, the D250 Drive model is a classic overdrive and preamp modeled after the DOD Overdrive Preamp 250. 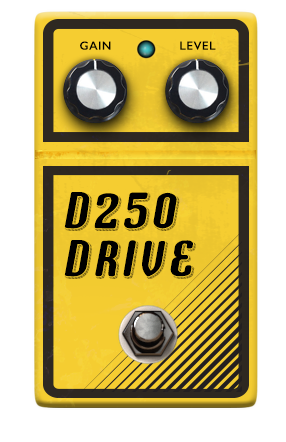 Available with update v2.4 or later, the Oct Fuzz model is a simple recreation of the Dunlop JHC-01 Octavio.

Available with update v2.4 or later, the S1 Drive is a staple tube overdrive based on the Boss SD-1 Super Overdrive. 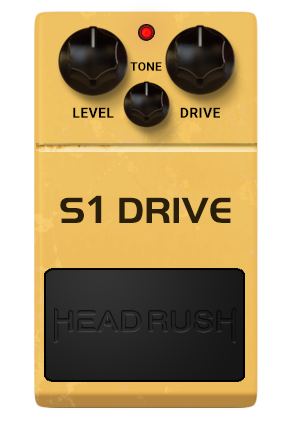 Originating from the act of pressing on the flanges of tape reels, and becoming even more popular with the advent of analog pedals, the Flanger effect can be coaxed into bell-like resonant sweeps, or add a silky, shimmering sheen. This effect works well when positioned before or after the amplifier in the signal chain. 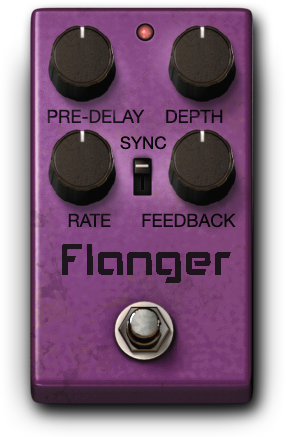 Based on a heavyweight late-70s analog chorus/vibrato pedal, CI Chorus/Vibrato offers warm, liquid modulation effects. In Chorus mode, the signal is routed through a modulated short delay, which is mixed with the dry signal, creating a washy, doubled sound.  In Vibrato mode, the dry signal is absent and there is more control over the depth of pitch modulation, allowing for everything from an understated “wobble” to wacky, synth-like pitch modulation. 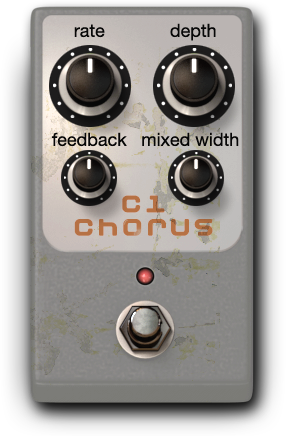 When set to CHORUS, the Vibrato’s Rate and Depth controls are inactive. Inversely, when set to VIBRATO, the Chorus control will not function.

This modulation effect is based on the Air Multi-Chorus plug-in that comes with Avid’s Pro Tools recording software. It offers the ability to stack multiple layers of chorusing, for thick, swirling sound.

The psychedelic-era phaser that inspired our Vibe Phaser effect was traditionally paired with an expression pedal that could be used to vary the rate of pitch modulation over time. Like the C1, you can choose to run it as a Chorus, with the modulated and dry signals mixed together, or in Vibrato mode, which leaves the pitch-modulated signal alone, with rippling, disorienting effects. 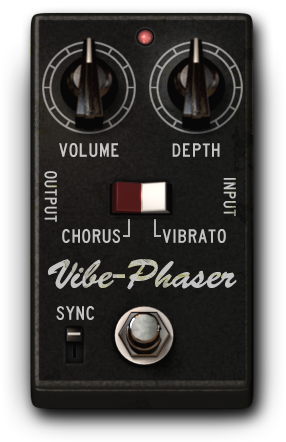 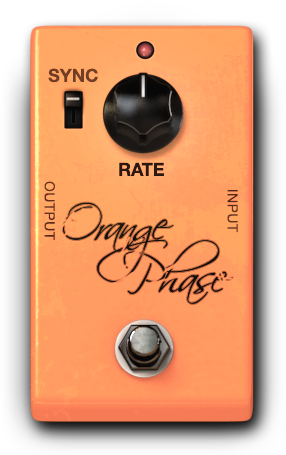 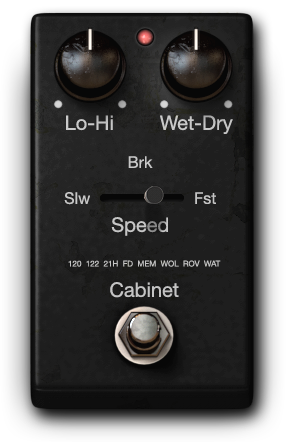 Blackpanel Spring Reverb was inspired by a classic outboard tube-driven spring reverb. It can add a surfy twang and dark, warm ambiance to your signal.

A smooth, clean digital reverb, Eleven SR is based on the popular Reverb One Pro Tools plug-in from Avid.

Inspired by the ultimate vintage solid-state tape echo unit, Tape Echo supplies supple, crunchy echoes, and can, with a flick of the wrist, can be pushed into swells of wild self-oscillation, each repeat more murky, dusty, and gritty than the next. A classic.

When “bucket brigade” analog delays arrived in the mid-70s, their relatively small size and solid-state reliability made them a godsend to tape loop-addled guitarists. It went on to become a classic of its own, with a smooth, round delay sound and a Chorus-Vibrato mode that let it double as a modulation effect. 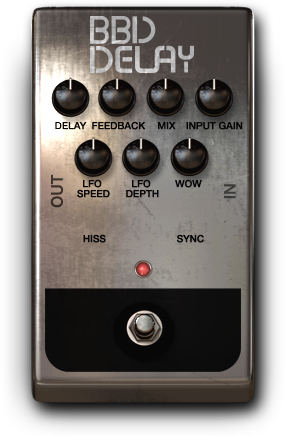 When Hiss or Noise is turned on in one of the delay effects and the feedback level is sufficiently high, the delay will self-oscillate and make a sound of its own, even when bypassed. If this effect is not desired, turn down the feedback control.

This stereo delay effect is based on the Air Dynamic Delay plug-in that comes with Avid’s Pro Tools recording software. A powerful effect, Dyn delay can be synchronized to Rig or Session tempo and offers an envelope follower, that lets you modulate various parameters, based on the amplitude envelope of the incoming signal. This effect includes the following controls:

Useful for simple frequency sculpting, a good Graphic EQ can find a place in almost any pedalboard. Graphic EQ can wring a variety of tones out of other pedals (such as when placed before Distortion effects). The EQ can also be used as a signal booster when positioned in front of amps. 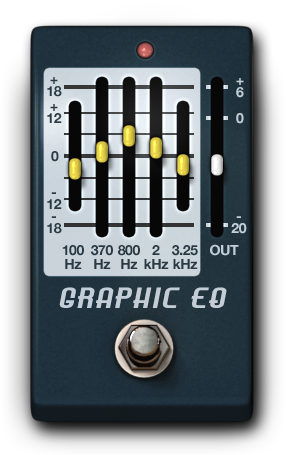 This effect provides a high-quality 4-band EQ, with adjustable gain, frequency, Q (bandwidth), and output for each band. The Low and High bands let you switch between the following functions: 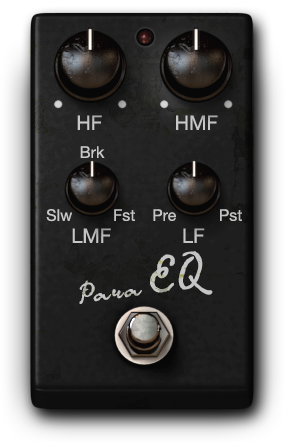 This effect includes the following controls: 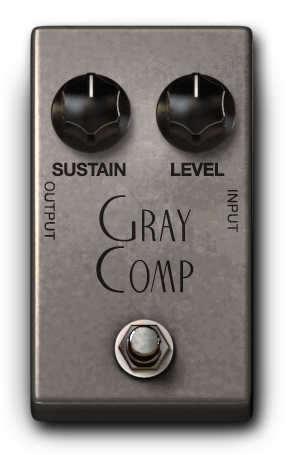 Eleven Rack is not affiliated with, sponsored, or endorsed by the makers of the effects that are emulated by this product.

This effect is based on the Compressor plug-in from the Dynamics III plug-in set that comes with Pro Tools. It lets you control the dynamics of your guitar signal, much like Gray Comp. However, while Gray Comp emulates a classic guitar-specific compressor pedal with a smooth, liquid tone, Dyn3 Comp is more versatile, acting more like an outboard compressor used in recording situations. This effect includes the following controls:

The time-based effects in Eleven Rack (such as Chorus, Delay, and Flanger) can be set to synchronize with Rig or Session tempo (including tempos set with the Tap Tempo button). Most Rigs are not set up to sync to Rig or Session tempo by default. You may need to turn on the Sync parameter in the effect you want to sync.  When the Sync control on these effects is set to a rhythmic subdivision of the incoming tempo, the effect locks to it. When Sync is set to Off, or the Rate or Delay control is moved, the control takes over, and the rate of modulation or delay can be set by hand.

You’ll see these two controls when working with some delay effects. Delay+ quadruples the available delay time, for when longer echoes are needed. Fine switches the delay’s Rate control into a fine-adjust mode, where the delay time can be set by the millisecond with the Scroll wheel. Press Fine again to return the Scroll wheel to normal operation.

Did you find it helpful? Yes No

Send feedback
Sorry we couldn't be helpful. Help us improve this article with your feedback.

Chat with one of our technical support experts! Click on the chat bubble in the bottom-right corner of this page during our business hours to get started.